Morocco is a diverse country of vibrant colors, stunning landscapes, historical sites, and events. Festivals are a wonderful opportunity to discover Morocco.

The International Nomad Festival takes place each year at M'hamid El Ghizlane, 90 km south of Zagora within Southern Morocco. The festival offers insight into the nomadic life and heritage of the desert region. It caters to travelers and locals, featuring both international artists and Moroccan artists. During a four-day timeframe, visitors are invited to participate in open discussions and workshops. Topics include heritage, environmental protection, agriculture, education, flora, and fauna of the region. Attendees are welcome to participate and open mike is observed with stage readings of poetry, stories, and sharing music or dancing.

Marathon des Sables (Sahara Marathon) is considered to be one of the toughest races in the world. The participants commit to a six-day competition through the rugged Sahara Desert. They must be prepared to endure extremely hot temperatures and desert conditions. Each year approximately 1,300 competitors from 30 countries participate. The distance crossed is 250 kilometers/156 miles by those who take in the challenge and win. Food, water, equipment, and physical training are required of each of the participants. Accommodations for those who participate are communal tents.

The Kalaat Mgouna Rose Festival is held each year the first week in May to celebrate Eau de Rose. The southern town of Kalla Mgouna is home to a large rose water distillery plant. During the harvest, roses are picked at sunrise and then distilled to extract the essential rose oil, which is used in cosmetics, pharmaceutical products, and traditional Moroccan pastries. The festival attracts thousands of people locally and internationally. The Kalaat Mgouna Rose Festival has an annual parade where Miss Roses is chosen. The celebration also features Berber folk music, dance, and crafts.

The Fez Festival of World Sacred Music was launched in 1994 and has continued to garner popularity since making it one of the most sought-after festivals to attend. This nine-day festival attracts international musicians from around the world who collaborate together. The main concerts are held in the evenings at the Bab Makina, a massive fort in Fez as well as within riads and in private small palaces in the old medina such as Sidi Mohamed Ben Youssef Cultural Complex and Dar Tazi. Day concerts take place in the Jnan Sbil Gardens. A conference of discussion is held in the Batha Garden & Museum daily.

The Gnaoua World Music Festival takes place in the coastal city of Essaouira for four days each year. It attracts musicians from around the globe. The theme and musical heritage of this historic festival are Gnaoua. Gnaoua music is a mix of classical Islamic Sufi music with African traditions. At the Gnaoua Festival there are open air concerts, exhibitions, training workshops, and gallery exhibitions.

The Marrakech Popular Arts Festival is one of the oldest and most popular events in Morocco. The festival attracts entertainers and artists from Europe and Asia. It combines modern music with ancient folk dances. Gnaoua dancers, fortune tellers, acting troupes, snake charmers, fire eaters, and other entertainers are part of this grand event which takes place at El Badi Palace, constructed by El Mansour in the sixteenth century. El Badi Palace's enormous space and charming, historic ruins are where the event is held with some activities also being featured at Marrakech’s vibrant, Djemaa el Fna Square.

7. Fantasia - A Celebration of Horsemanship

Morocco’s Fantasia is a traditional equestrian show that takes place in the Imperial city of Meknes. The performance celebrates the traditional exhibition of horsemanship. Riders wear traditional clothes, carry antique guns, line up on their horses and charge forward at the same speed. Fantasia is a type of martial arts and requires that the riders be well-trained. The climax of each Fantasia performance is the shooting of fire into the sky. Fantasia has become a celebration of traditional folklore.

Each in September the Berber tribes of the Atlas Mountain towns from Imilchil gather for a collective engagement ceremony where they can choose their bride. The festival is based upon an ancient myth of forbidden love and has been passed down from one generation to the next. Legend says young men and women declare their love for one another in the presence of their families before requesting permission and honoring their engagement. Traditional and ceremonial costumes are worn accompanied by a feast of Moroccan cuisine and celebratory Berber music.

Ramadan is celebrated during the 9th month in the Islamic lunar calendar and marks the timeframe when Muslims fast from sunrise to sunset. Consuming water, smoking, and other activities are forbidden during the time of fasting. The Islamic purpose behind fasting is to give Muslims the opportunity to purify the soul, avoid disagreeable habits, and express gratitude for all that God has provided to them. Ramadan is a time where family comes together and people build bridges of forgiveness. Ramadan is a time for reflection about one's morals and ethics.

Aid al-Fitr, a holiday that celebrates the end of the Ramadan fast lasts for one week. Collective prayer takes place on the first day. Families join together to make delicious pastries and visit with one another. New clothing is worn to honor this religious holiday

Month:  Dates vary according to the Islamic lunar calendar

Eid al-Adha also referred to as Aid al Kabir translates as "the sacrifice of the sheep." This Islamic holiday commemorates the willingness of Ibrahim/Abraham to follow Allah's (God's) order to sacrifice his son yet was stopped by a sign from God.

It also coincides with the end of a pilgrimage to Mecca. During Eid Al Adha Muslims slaughter a sheep, goat, or cow in honor of Ibrahim's sacrifice. Men slaughter the animal since Islam forbids women from doing so. Women cook and children help with the tidying up. Eid al-Adha is an intimate time for the family as everyone must participate and help one another. The celebration includes eating barbecue meat together, dressing in traditional, new clothing, and visiting with family and friends. Islam encourages the sharing of meat with poor families during this special holiday. The custom is for people to share what they have with others who have less.

Month:  Dates vary according to the Islamic lunar calendar

Erfoud, a charming and dusty Sahara Desert town is home to a three-day date festival. Held during the harvest each year, the town of Erfoud overflows with music, dance, food, and dates. The date palms in Southern Morocco produce an enormous variety of dates that range in different colors, sizes, and textures. The date is a symbol in Islam and consumed for its nutritional benefits. The Erfoud Date Festival is also known for its traditional music, dancing, and colorful processions. Other highlights are the crowning of a “Date Queen” and a dromedary race.

The Marrakech International Film Festival is held each December for four days and one of Morocco’s leading celebrations of International and Moroccan film. Each year a theme is chosen for the festival with a focus on a particular country. The festival shows films from the country celebrated along with other International features, traditionally highlighting up and coming Moroccan film directors as well.

The film festival is attended by renowned filmmakers, producers, actors, directors, distributors, and journalists from around the world. The goal of the festival is to attract tourism and educate the local populous about the film. An asset of the festival is that it also encourages producers and directors to visit Morocco with the hope they take advantage of learning more about Morocco's landscapes, historical sites, and culture. The International Film Festival has a vital role in Morocco's travel industry, public education, and the promotion of Morocco. 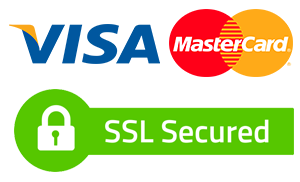